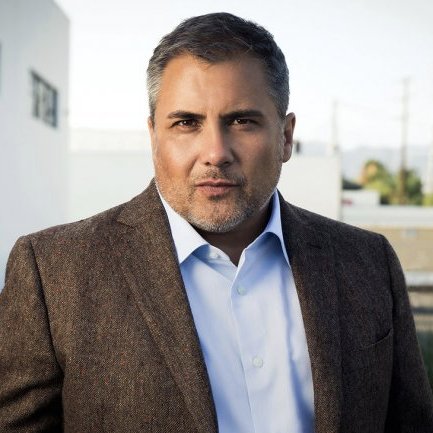 With these priorities in mind, he spearheaded the creation of this organization which helps societies in extremis digitally archive that which is too valuable, too important, or too unique to be lost or forgotten. The Arc/k Project was created to straddle the gulf between scientific archiving and activism.

Director of Operations / Secretary of the Board 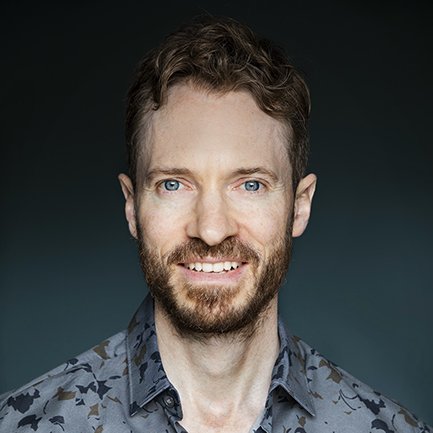 Scott majored in Anatomy/Physiology, graduating with a BS from the University of California, Santa Barbara. After transitioning from medicine to a more creative field, he began his career in post-production for films in 2003.

Since then, Scott has collaborated with directors, producers, cinematographers and others on a wide range of projects. At Pacific Title, he managed post work for all of the “Big Six” major film studios. In 2009, he joined Lit Post as a digital intermediate producer, overseeing the finished process for more than 50 features, documentaries and shorts.

After working closely with such talented artists and technologists and seeing the potential of digital cultural imaging, Scott decided to move into the nonprofit world. As the Director of Operations at Arc/k, he relishes the challenge of using his knowhow in bringing together technology and people to help further the cause of digital cultural preservation. 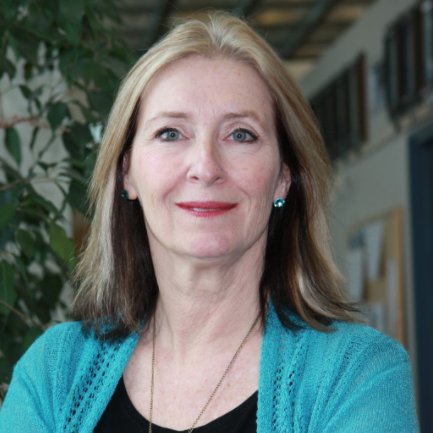 Victoria (Vicci) Weller has been a film commissioner with the Thompson-Nicola Film Commission in British Columbia for the past 18 years. She brings a wealth of knowledge and experience to one of Arc/k’s primary goals of finding a means for local governments and cultures to monetize and preserve their own distinct cultural artifacts and landscapes.

Vicci has been invaluable in the development of a groundbreaking monetization model by which the archiving of cultural heritage can be incentivized. She has spearheaded the Arc/k Project’s efforts in a unique pilot program pairing film commissions with heritage stakeholders and has worked to create and fine-tune this unique model for both the preservation and proselytization of culture through the global film commission system.

As a former producer, Vicci is also quite familiar with the needs and challenges that a production faces and will be able to bring her expertise to bear when it comes to integrating the model she helped pioneer.

Treasurer of the Board 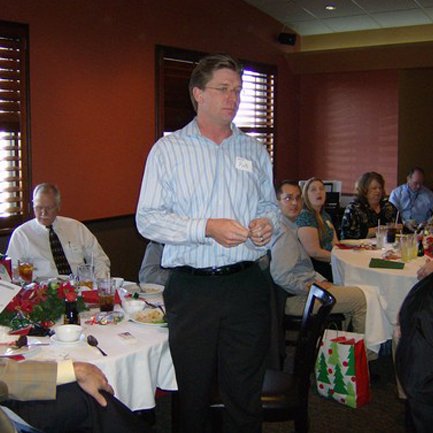 Robert Bandy is the President of Robert Stephen Capital Management, where he is responsible for managing the assets of clients’ investment portfolios. He has served as an advisor to various charitable organizations, including Lightbearers International and North India Evangelistic Association. Mr. Bandy has also served on the board and as chairman of the financial committee of the United Methodist Church.

He coaches youth sports at the Salvation Army.

He has a BA in business from the University of Arkansas.

Dr. Gregory Bearman holds a BA in physics from Cornell University and a PhD in physics from Brandeis University. In 2008 he left JPL after nearly 30 years. His research there was on new imaging instruments for planetary surface exploration, focusing on spectral imaging. In the early 1990’s his group was the first to apply modern digital electronic and spectral imaging to archeological objects and texts, including the Dead Sea Scrolls. Over the years, Bearman has also worked in biomedical imaging, on applications in ophthalmology, dermatology and surgery.

As imaging technology consultant for the Leon Levy Digital Dead Sea Scrolls Library, a project managed by the Israel Antiquities Authority that performed multispectral imaging of all of the collection’s fragments, he developed a spectrum-based method to monitor them for changes. He has also worked on a variety of text imaging and other projects with the British Library, The Getty Conservation Institute, The Georgia O’Keefe Museum and the Huntington Library.

Bearman has worked extensively on the issue of new technologies and software necessary to monitor cultural heritage for changes over time, to help conservators, site managers and other stakeholders measure, map and manage changes in objects under their care. In addition to spectral imaging, other technologies he has investigated include Reflectance Transformation Imaging (RTI), color imaging, 3D and crowd-sourced mobile phone images.

He is a member of the external expert advisory board of the CHANGE project [Cultural Heritage Analysis for New Generations], a large-scale EU project developing new imaging technologies and methods for monitoring cultural heritage.

Bearman has won several awards including two R&D 100 Awards in spectroscopy (in 2002 and 2013): in 2002 his spectral imager for microscopy was named one of the 100 most important inventions of the year. He has 110 published papers and conference proceedings and holds 13 patents.

Eric Doehne, Heritage Scientist at Conservation Sciences and Lecturer in Art Conservation at Scripps College (Claremont, California), works at the intersection of science, art and technology on the behavior of materials. Past work includes the Dead Sea Scrolls, the Laetoli Footprints and a book on stone conservation. Current work includes the Alamo, measuring color change with cell phone cameras, and finding ways to measure changes in art materials over time. 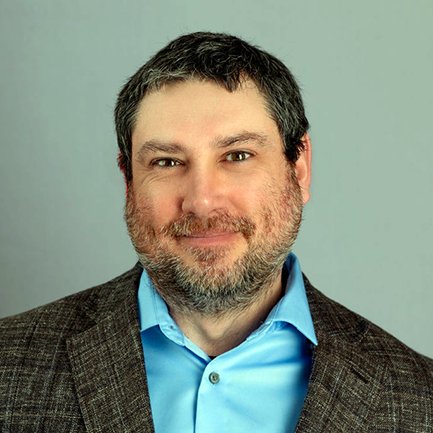 Michael has worked with online digital catalogs, books, and archives for the past 20 years. After working at Amazon.com from 1998-2008, he attended the University of Washington Information School as well as Copenhagen University’s Royal School of Information and Library Science, graduating with his MLIS graduate degree in 2014. He is also a Certified Librarian of Washington State, holds a degree in Library Technology and is a member of various archival, library and historical associations.

As the Digital Archivist of the Arc/k Project, Michael manages the organization’s digital content, is a working advocate for universal 3D metadata standards, and collaborates with organizations and individuals around the world to digitally archive and protect their own cultural heritage through new and engaging visual technologies. 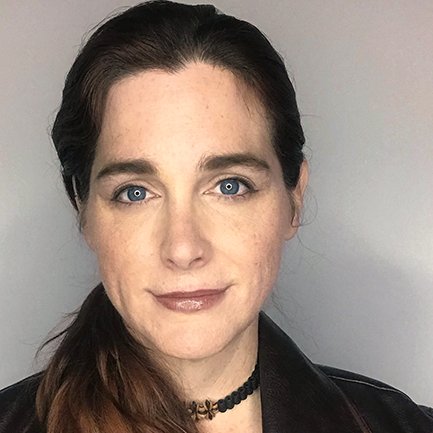 Krista Benson is currently the Photogrammetry Supervisor at COGNITION working directly with the ARC/K Project. Her background includes a B.F.A. from Rochester Institute of Technology for commercial photography.

Krista has worked over eighteen years in visual effects as a compositor and 3D artist at companies such as Digital Domain and Sony Imageworks on feature films, commercials, and episodic television. She has twenty-nine feature film credits on films such as Guardians of the Galaxy, Tron Legacy, and Alice in Wonderland.

Krista has extensive knowledge and experience in shooting photogrammetry in studio and on location for archival purposes, as well as processing the solves for the large majority of footage shot. As a Photogrammetry Supervisor, she has worked with museums and cultural institutions in the USA and abroad, such as the U.S. Naval Undersea Museum in Keyport, WA, and the 2141 Kamloops Heritage Railway in British Columbia. She has led teams of people on location during photogrammetry shoots, and she has taught people locally and abroad best methodologies for capturing subjects for photogrammetry. 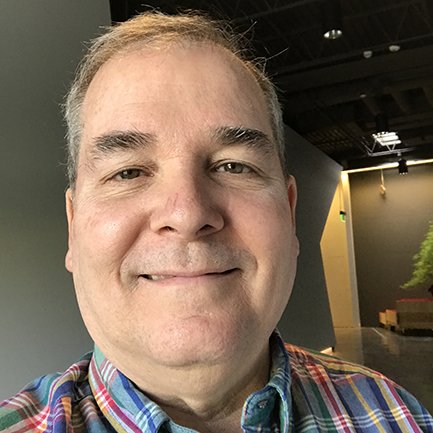 Jay Sloat hails from Texas, where he worked at the Texas Instruments Artificial Intelligence Labs while attending college at the University of Texas at Arlington.

He relocated to California to pursue production programming and has been a software developer/Technical Director and management professional working on more than a dozen feature films for studios large and small, including a 14-year run as a Manager of Technology at The Walt Disney Animation Studios. He has also followed his passion for music and audio recording, spending 4 years mixing HD Sound for SouthPark Studios.

Most recently, Jay has served as a Pipeline Supervisor for COGNITION in Hollywood, doing a mix of programming, game engine and VR development, as well as project management for a small media lab. 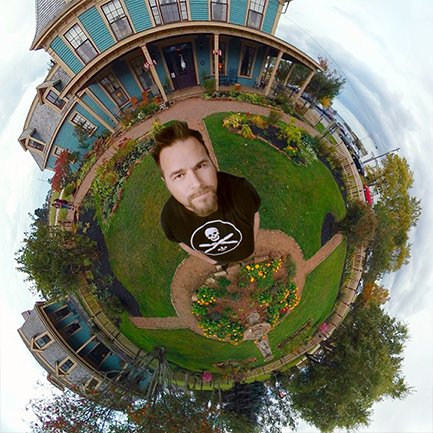 Ken Stranahan has over 26 years in the VFX Industry. Coming from a traditional art and design background, he made the move to Hollywood in 1992. He went on to work on over 20 TV shows, dozens of commercials, and over 40 feature films.

He has worked on all aspects of VFX — Pre-Visualisation, On-set Supervising, Character Modeling and Animation, Fluid Dynamics for smoke, fire, and water, Compositing Work, Production Design, Digital Matte Painting, and Developing 3D Stereo Conversion. He has lead teams as VFX supervisor, 3D animation supervisor, and compositing supervisor. His work has won Caddy and AME advertising industry awards, as well as being recognized with an Emmy and a VES award. 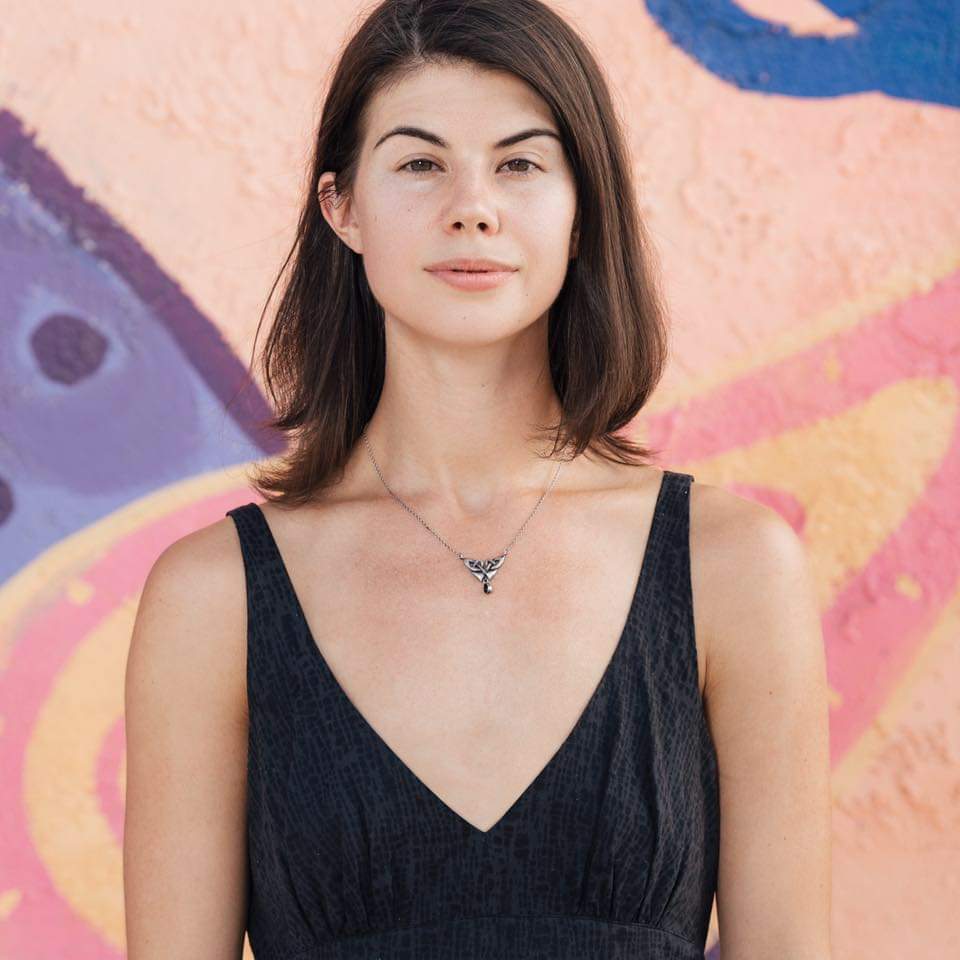 Brittany’s consistent practice and artistic background is in collaborative modes of making. She earned a B.A. in French Studies and a B.A. in Dance: Choreography & Performance from Wesleyan University. With over a decade of experience working in the non-profit sector for arts and culture organizations, she brings her dynamic experience as an arts administrator, grant writer, programs coordinator, dancer, choreographer, community organizer, event producer, and marketing professional. She values the power of imagination and teamwork.

As the Production Coordinator and Grant Writer for the Arc/k Project, she welcomes the unique opportunity to support innovative intersections in cultural heritage, activism, and digital technology. 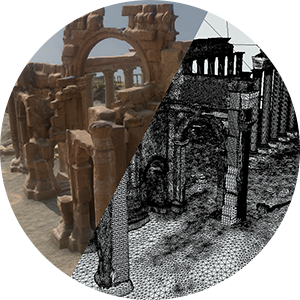 THE ARCKIVES
Check out the work we've done in Palmyra, Syria! 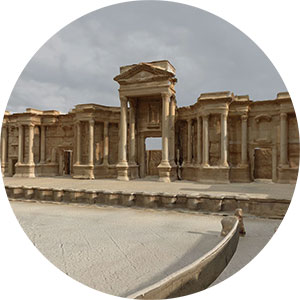 GET INVOLVED
Find out how you can help us build a digital ark! 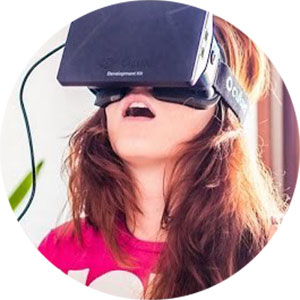 GET SOCIAL
See the latest posts from our social channels!